“All of us at Bass Pro Shops are proud to honor these individuals for their unwavering dedication to conservation,” said Morris who is himself a noted conservationist. “Long recognized and well respected as leaders for their conservation efforts and support, they continue to help restore and conserve our natural resources and important habitats for North America's wildlife.”

Ray W. Scott, Jr – Fisherman’s Best Friend Award
Ray Scott, Jr. is a bass fishing pioneer and founder of the Bass Anglers Sportsman Society (B.A.S.S.) and the Whitetail Institute of North America. Scott’s first All-American Invitational Bass Tournament in 1967 at Beaver Lake in northwest Arkansas lured 106 anglers from 15 states. Today the club of bass fishing enthusiasts boasts a membership well over half a million worldwide. As a publisher, Scott has framed the foundation for successful outdoor publications including BASSMASTER Magazine (considered by many to be the “Bible of bass fishing”) and the award-winning national television series “The BASSMASTERS”— at one time, the highest rated program on The Nashville Network (TNN).

A true pioneer in the sport of bassfishing, Scott has also contributed to significant conservation efforts throughout his career including tournaments that 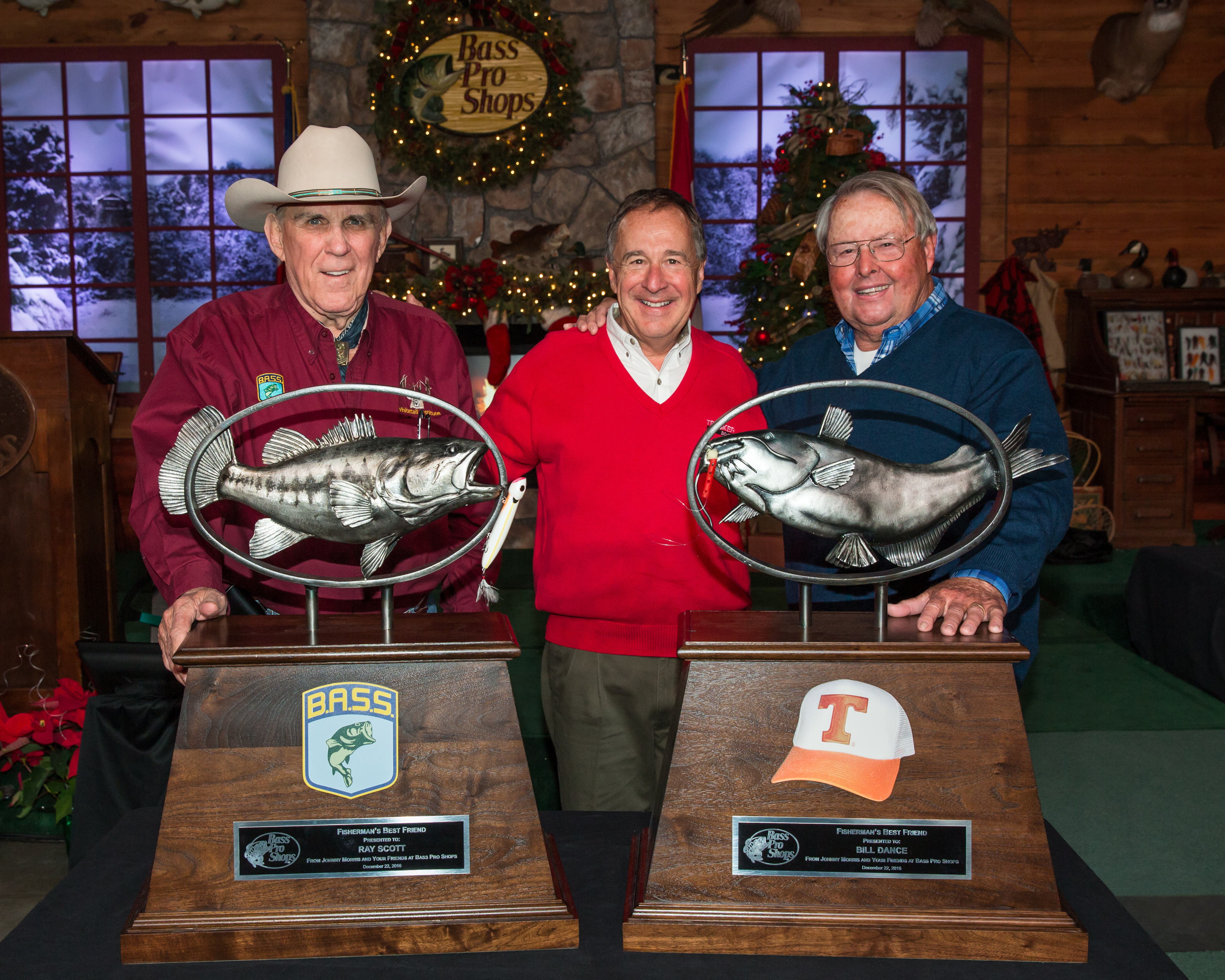 paved the way for the “Catch and Release” concept. Today more than 98 percent of the bass weighed-in during national B.A.S.S. tournaments are returned alive to the waters. He also advocated against the dumping of aquatic herbicides in public waters.

Bill Dance – Fisherman’s Best Friend Award
Perhaps as well known for his orange and white University of Tennessee cap as Ray Scott is for his trademark Stetson, William G. “Bill” Dance is one of the world’s most famous and beloved fisherman. “Bill Dance Outdoors” premiered on a Memphis ABC affiliate in 1968 and has been growing in popularity ever since. Today the show is televised nationwide and its host has achieved celebrity status among the nation’s 45 million anglers. Dance has received numerous accolades including 23 national bass fishing titles and seven B.A.S.S. titles.

Dance and Morris first became friends when both were on the professional bass circuit and have worked together to promote key conservation issues. Most recently, Dance was instrumental in the formation of Bass Pro Shops at the Pyramid in his hometown of Memphis, Tennessee. Morris was still contemplating the project when he and Dance went fishing in the shadow of the Pyramid along with the late Jack Emmitt, Bass Pro Shops’ first fishing manager. Morris said if they caught a 30-pound or heavier catfish that day he would commit to the Pyramid transformation. As the legend goes, they caught a 34-pound catfish and the rest is history. 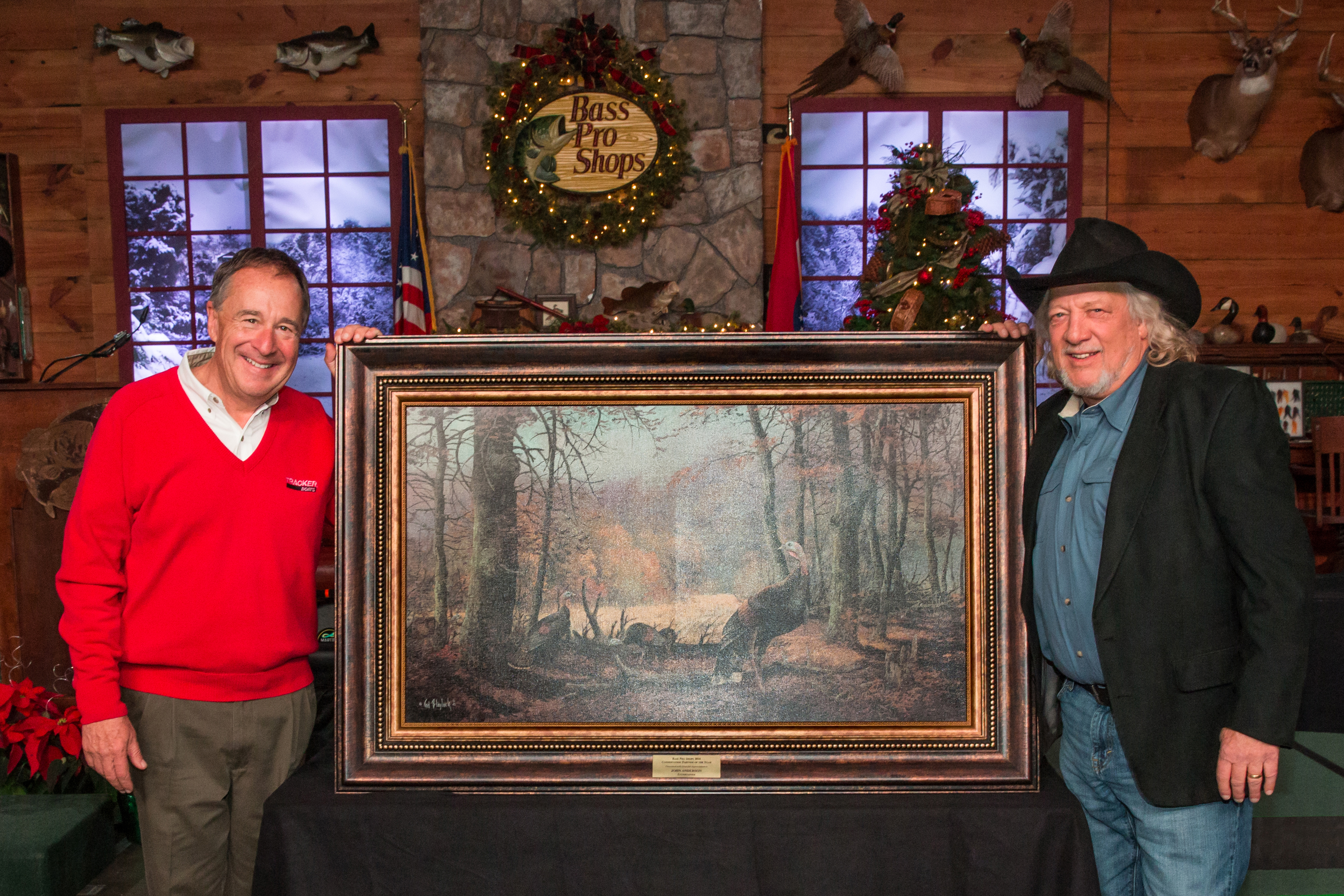 John Anderson – Conservation Partner of the Year
John Anderson is an American country recording artist with a successful career that has spanned more than 30 years. But Anderson is also a lifelong hunter, angler, and conservationist who learned to hunt and fish from his father, “Pops.” It was that love of the outdoors instilled by his father that was the inspiration for his smash country hit, “Seminole Wind.”  Anderson’s strong belief in the need to give back more to conservation than we take is illustrated in many ways including donating his time and talent with performances at national conservation conventions.

Special Guests and Appearances
Among the many celebrities and special guests attending the event, Missouri Governor Jay Nixon, last year’s honoree, was honored for his outstanding leadership in conservation issues and the outdoors during his administration. With his wife, First Lady Georganne Nixon, they initiated many new programs such as Missouri State Parks, the Governor’s 100 Missouri Mile Challenge, the First Lady’s Children in Nature Challenge, Governor’s Capitol Campout and Bass Pro Shops Outdoor Days at the Capitol and many more.

Former US Marine Mark Geist was also honored at the event with a special Defender of Freedom Award, part of the company’s long-standing tradition of honoring members of the armed services, veterans and their families.

Past Honorees
The annual awards are given to individuals who exemplify ideals of conservation leadership and complement Bass Pro Shops mission to inspire people to enjoy, love and conserve the great outdoors. Past winners of the Bass Pro Shops Conservation Partner of the Year Award include Missouri Governor Jay Nixon, First Lady Georganne Nixon, President and CEO of the National Wildlife Federation Collin O’Mara, Jeff Trandahl of the National Fish and Wildlife Foundation; Rob Keck of the National Wild Turkey Federation;  Richard Childress of Richard Childress Racing; Dave Murphy, executive director of the Conservation Federation of Missouri; Sarah Parker-Pauley, director of the Missouri Department of Natural Resources; Bob Ziehmer, director of the Missouri Department of Conservation; John Hoskins of the Missouri Department of Conservation, Dale Hall, CEO of Ducks Unlimited, and former President of the United States, George H. W. Bush.